A few lovely things have been going on in my life over the past twelve months or so. Slowly, slowly I'm settling down. An unusual situation for me as I never have been settled.

As a divorced mum, I have moved from the house I brought my two daughters up in. Now I have a wonderful home and an even more wonderful family (whisper it--there are six of us now :) )

Outside my work as an author, I have spent the last two years studying rather intensively as Shaman. The more I learn, the more the beauty of the Multiverse reveals itself to me. I am incredibly lucky to be studying at the Shamanka school in Dorset and so have received the nine munay-ki rites, nine empowerment rites of the Peruvian shamans. Munay-Ki rites mean the energy of love and they are very special to receive.

And in my spare time, I tutor English, something I very much love doing as English being one of my five main passions in life.

Brings me back to my book news. 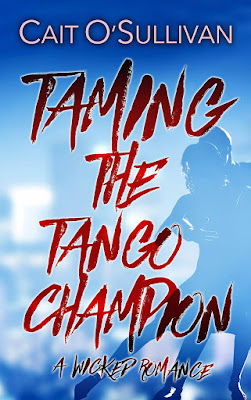 Fast forward two years and Matthias is the judge on a new dance show,  one where Ava is a contestant. But time hasn 't healed the wound of discovering he became engaged straight after their tryst whilst on holiday in the Andes. Although she's in love with Matthias, she carefully guards her secret and her heart from him.

In search of answers on why Ava walked out on him, Matthias takes a place as a judge on a new London TV show, To Dance or Not to Dance. But seeking answers only creates more questions.


Will the glitterball--and her secret--cause their intense feelings to burn out or fan further the flames of desire? 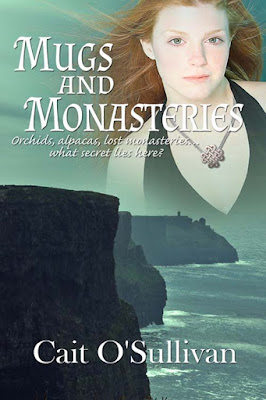 When orchid hunter, Evie Bourke stumbles across a near deserted monastery deep in the Burren, she has no idea she’s the first person  alive to have seen it.

All she knows is that life went a bit strange and was getting more bizarre by the minute.

Meeting alpaca farmer Aiden Dunne over a pint of Guinness, she is  struck by his resemblance, yet to whom, she can’t quite remember.

Aiden is searching for Munster Abbey for his family was connected to it for generations, culminating in the disappearance of his relative, the then Prior.

What happened all those years ago? Who or what is ‘the Wanderer’ and, more to the point, what does he want?

Mugs will be re-released in 2017 too--a lot of re-releasing going on. One of my publishers closed down so I have re-housed these beauties.

In the pipeline is a series called Pride, and another fantasy trilogy, the first of both having been written. So I am very blessed to be doing something I love and to be seeing my words out there.